History of the Branch

The Halton-Peel Branch of Ontario Ancestors (formerly known as the Ontario Genealogical Society) (OGS) was formed as a result of meetings held in Georgetown and Brampton in September and October 1974. Existing OGS members and others known to have an interest in genealogy were invited. Twenty to twenty-five individuals were at each meeting. This led to a third meeting in Oakville on November 17, 1974 where the petition for OGS Branch status was prepared and signed by those present. The OGS president was on hand and indicated that the meeting where  the Halton-Peel application would be confirmed would happen on November 23, 1974.

The first Branch Council was elected at the November 17th meeting:

Other decisions made at that first meeting were that the Branch name would be Halton-Peel (and not Peel-Halton) and that Branch meetings would be held on Sundays at 2:00 p.m. (which we still do to this day). 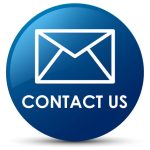